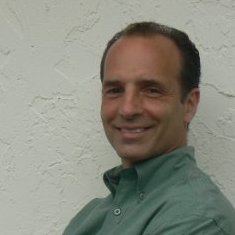 Jeff Cordeiro is the COO of MUNDOmedia Ltd. MUNDOmedia is a large digital agency that helps app developers get more users and engagement through paid traffic and other sources. Jeff graciously gave us the chance to tell us about current trends in the mobile advertising landscape, what games are working, and why PokemonGo and augmented reality is the future of mobile games.

Bradley Nickel: Tell us a bit about MundoMedia and what you guys do.

Jeff Cordeiro: MundoMedia is a data-driven app network and digital agency. Most of our business is done through CPIs for mobile games and utilities. We deal with a lot of branded advertisers, both in the game and utility space. We connect advertisers with unique publishers so we can drive quality traffic.

BN: In your experience, what are the common hurdles faced by app marketers?

JC: By far? Monetization. Ultimately, an app is built to generate income. Developers want to make sure that when they acquire traffic that they achieve a positive ROI or that it will at least benefit them by increasing their ranking in the AppStore or on Google Play.

We talk to developers to a lot about what distribution channels they should be using. That includes if they want to be local to the US or international (we’re about 50-50 US vs. international right now). A lot of the games are agnostic to the country as long as there is demand from the user community to play it and keep playing it for an extended period of time.

Another thing we consult with companies about is the quality of their users.

There are many ways to buy users. There are many different places to “purchase” them. If an app developer has more than one app, then there is the opportunity for cross promotion within both apps. We help advertisers identify pockets of users that would be beneficial for them. Of course, things like demographics and geo-targeting are very important.

But we also do a lot of time-parting. We look at the time that the user might be using the app/game by app type. Then we try to target those users with different advertising campaigns.

BN: How do you help developers structure their game to have the best chance of going viral, seeing success on Display, etc.

JC: It depends on the type of game. One type of game is the “casual” game like CandyCrush or Bejeweled. These are fairly mindless. People play them just to pass the time. Then you have strategic games like Clash of Kings where you play against other players.

Then you have something that is completely new, like PokemonGo. Who knew that would take off like it did?

The type of game is important because that is important to determining whether or not your game will be free or paid.

If it’s a free game, then how are you going to monetize it? Is it through in-app purchases? Do you show ads?

We’ll give them insights based on the type of game it is and whether or not it should be paid or free.

We’ll also work with them on the payment structure for buying new users. The two models we work with are CPI (cost-per-install) or a CPE (cost-per-engagement). CPE requires that someone do something in the app for the publisher would get paid. That means that if it’s a game, someone would have to reach level 2, or make the first purchase.

BN: What sorts of trends are you seeing in games and apps?

Games like Clash of Kings are very popular, especially among between the 16 and 30 age group.

Other than PokemonGo, I haven’t seen anything really new recently. But I do think that augmented reality is going to be huge.There is a lot of money being spent on the development of hardware. I think that the technology is going to start scaling within the next 12-18 months.

I see augmented reality being important not just for games, but also utility apps.

For example, there was one app I recently saw that you can make a request to see what it’s like in Crete. Someone would take a picture or a video and you would see it in real-time like you were in Crete. Or a restaurant app where you can actually see the menu.

I think that apps that are going to be most successful are those that engage with multiple users.

BN: Are there any specific ad networks that you’ve seen work particularly well for most games?

JC: It really depends what the game or app is.

That being said, Facebook Ads and Google AdWords are still big. However, it’s become more difficult for startups to shoulder into the marketplace just by buying traffic. There has to be a ground roots kind of growth. Most games have to go viral first before paid traffic pays off. So, social is a huge part of that.

That being said, it’s interesting that Twitter hasn’t really scaled. It’s still difficult to use Twitter for installs of apps and games. However, we are currently looking at working with Twitter on several different campaigns, so maybe that will change in the future.

BN: What about Native networks?

JC: Actually, one thing we’re trying to do internally is build a Native ad platform. The platform would be able to showcase some of the new games where you can sort of preview the game.

There’s a new ad format out now where you can actually play a short part of a game. You will then be transferred over to the full version once you are engaged. You can actually feel what the gameplay is like through the “banner ad” before you download the game.

I think these new ad formats are pretty interesting and will probably go somewhere.

BN: Last question — what do you use Adbeat for?

JC: We use it as a prospecting and sales tool. The first thing we do is we identify who is out there. If there is a new game or app that’s getting distribution, we’ll look on Adbeat to see if anyone is running traffic to it right now. If they are and they are doing it internally we’ll reach out to them. We’ll also do an analysis on competitors. It helps us create a better presentation when we pitch them on allowing us to drive traffic for them.