Can You Go Wrong with Health Insurance Banners? (These 2 Cases Prove You Can!)

A couple of weeks ago, while spending a weekend at my country house, I fell ill. My head was aching terribly and my throat was sore.

As luck would have it, there wasn’t a single bottle of aspirin in the house.

My only option was to start browsing health-related websites looking for home remedies I might be able to use.

For example, the banner text in this ad is clearly an insurance offer, but the image looks like an ad for a celebrity gossip site. 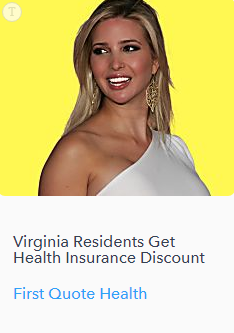 As I continued to see more ads like these, I started asking myself: why did the advertiser decide to go with this creative? Is it really effective?

After nursing myself back to health it occurred to me that health insurance banners might be a good topic for an article.

So I rolled up my sleeves and studied over 100 banners related to health insurance.  Here’s what I found…

This point is tightly connected with personalization.

Regarding content marketing, DemandGen states that leads who are nurtured with targeted content produce a 20% increase in sales opportunities. 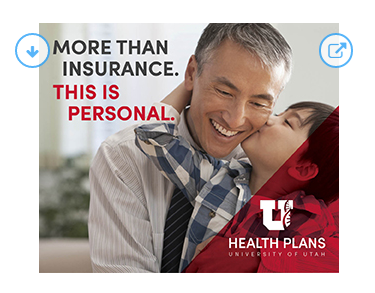 [For example, this banner looks like it doesn’t focus on any particular segment of an audience.]

Even if the banner is good and has a clear message, it can always be improved to work even better.

Here are some ideas of how I would improve this:

1. Segment your target audience into several categories and make separate banners for each

Analyze your incoming traffic and divide your audience into segments according to demographics, geographic location, and behavior.

Then make individual banners for each of these segments.

For example, Health IQ, an American health insurance provider, divided its audience into several lifestyle segments and made separate banners for each.

Here is their banner for cyclists: 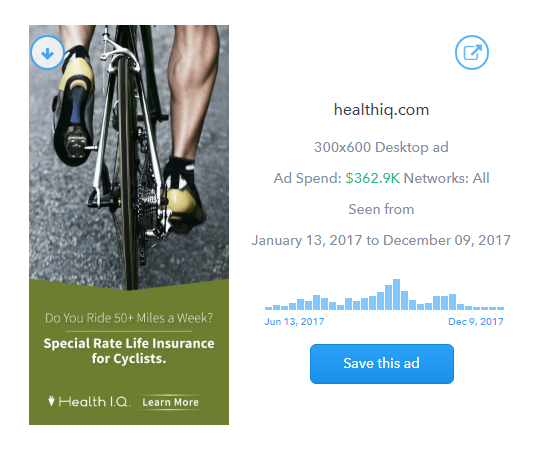 Here is their banner for weightlifters: 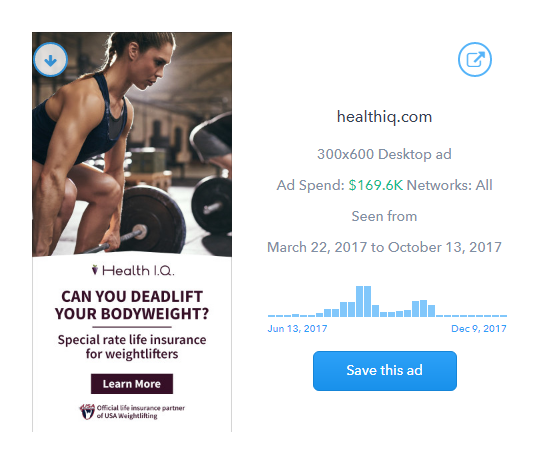 And here is Health IQ’s banner for runners: 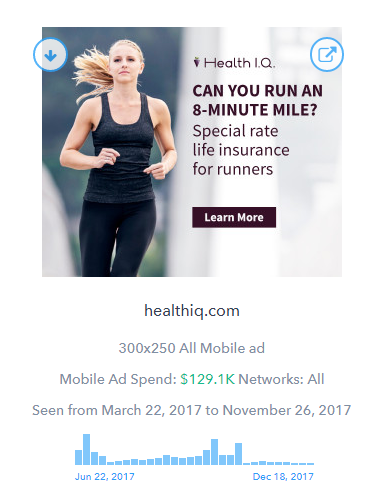 2. Make a separate landing page for each segment

This initiative will take considerable time and some money, but the advantages that come with personalizing the appeal may be well worth the investment.

Once you segment your audience, you can make a separate landing page for each segment.

Each segment of consumers should see separate and relevant customer testimonials, statistics, headings, and CTAs.

Second, adapt the visual information appearing on the landing page, such as videos, images, and info graphics, to each consumer segment.

Using a similar color scheme for both the banner and the landing page helps strengthen their similarity and coherence.

This is where the banner for cyclists leads: 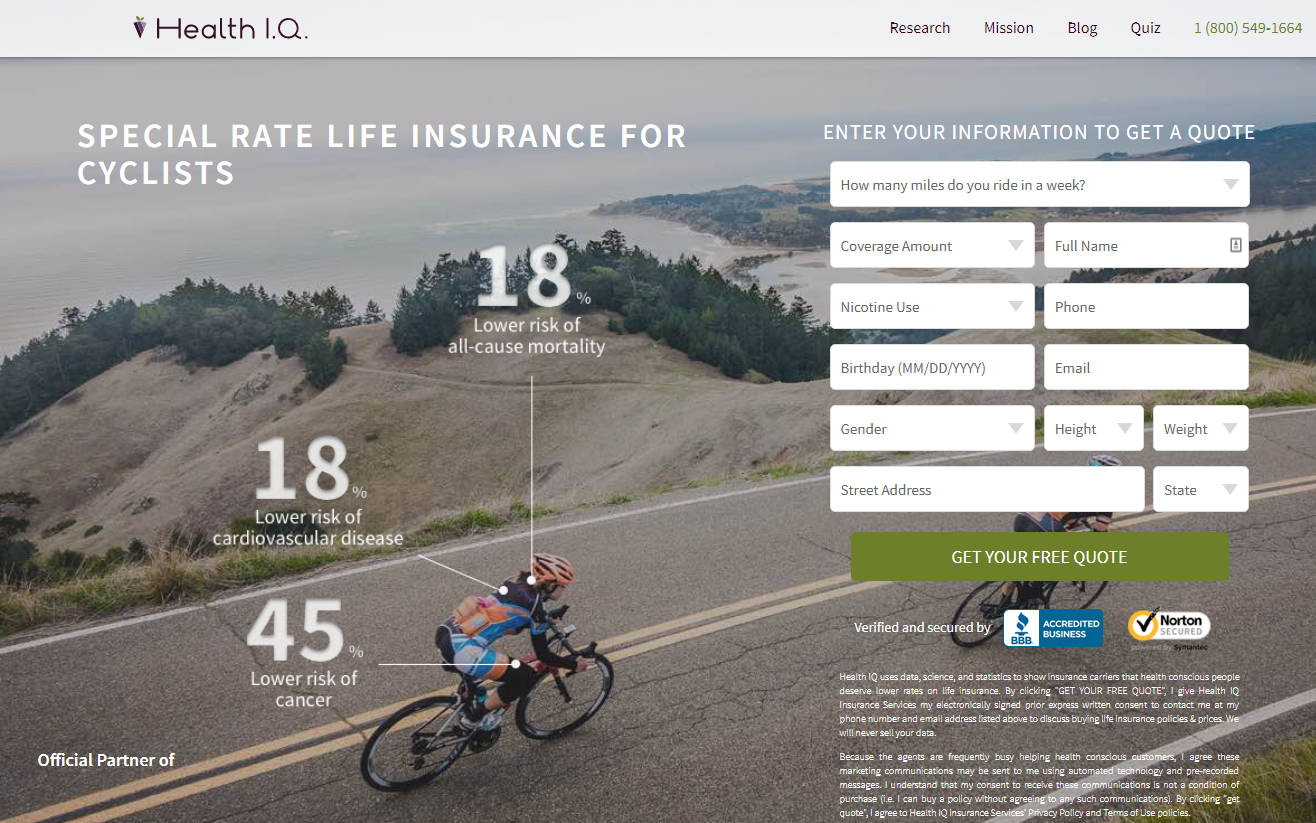 This is the landing page for the runner banner: 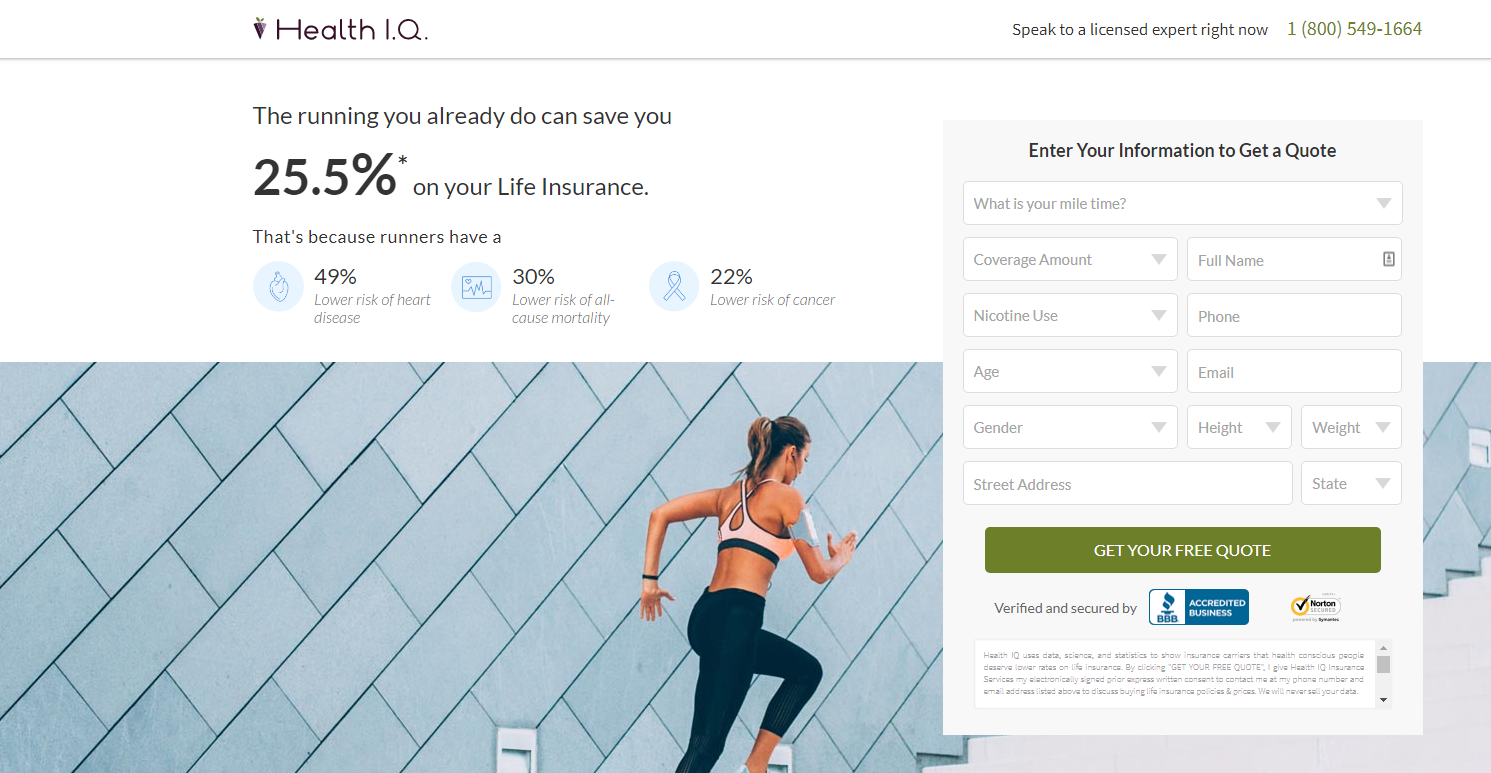 By improving messaging and focusing creatives and landing pages to call out to a target audience, campaign performance can be improved dramatically.

Competition is Fierce, Insurance Ads Need to Work Hard to Stand Out

Health insurance advertisers spend a lot on advertising; that means their ads are often competing with other health insurance ads on the same page. So it’s critical they create ads that stand out.

Here’s how one health insurance company, Cigna, found a way to stand out from the rest, by inviting celebrities who played doctors on television to take part in its advertising campaign. 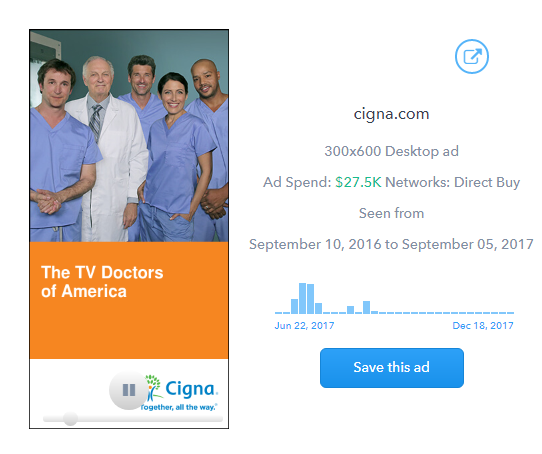 [I recognized Lisa Cuddy from House M.D. and Turk from Scrubs. Damn, how cool this banner looks!]

Cigna also used photos and videos featuring the celebrities on its landing page. 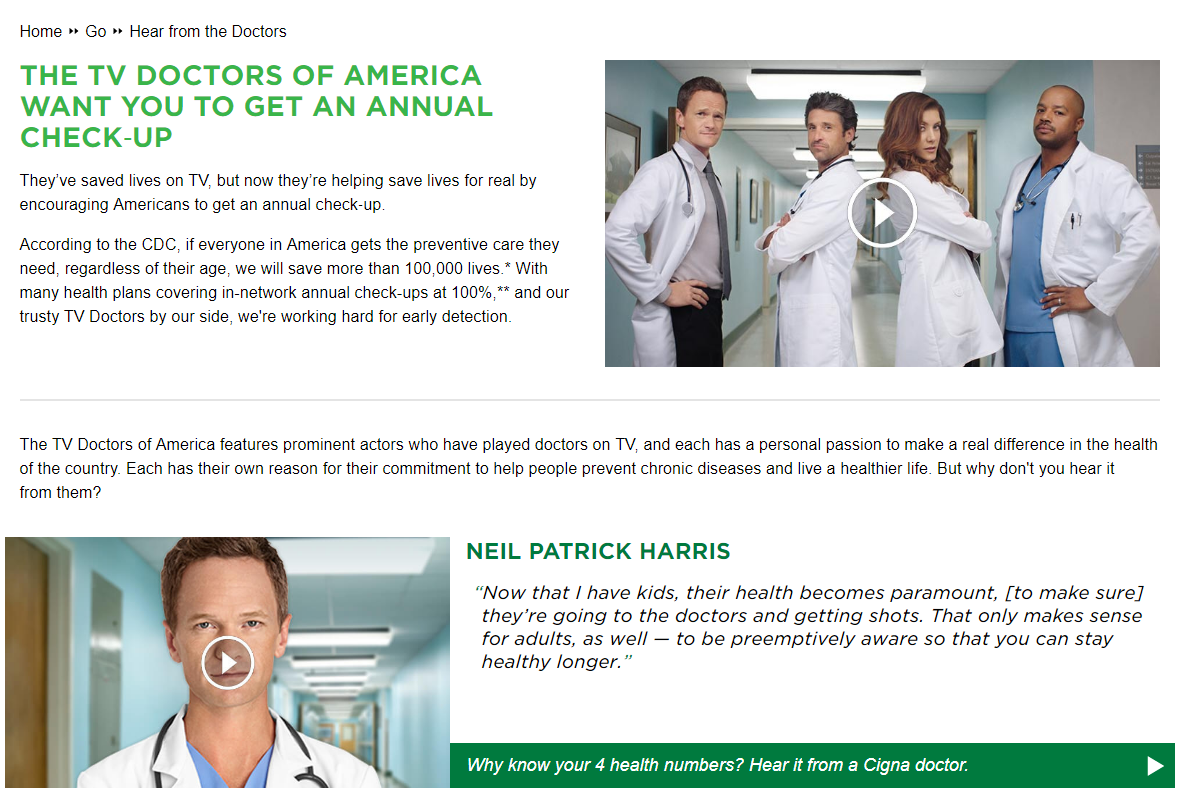 Without knowing exact numbers, I think we can all agree this type of campaign is expensive.

But one thing I can say for sure—having popular celebrities appearing in ads like this offers a bunch of benefits for a health insurance company.

First, the presence of a celebrity in ads greatly increases their visibility.

Advertisers hate the phenomenon of banner blindness. The eye-catching presence of a familiar celebrity may be a solution to this problem.

“People who are interested in a particular celebrity are assumed to purposefully direct their attention to this celebrity’s ad,” confirms the Journal of the Academy of Marketing Science.

Second, the presence of a celebrity increases the ad’s credibility.

Neil Patel believes that “A testimonial from a powerful influencer can boost your trust and credibility.”

For example, if you invited Larry King to participate in your ads, you’d be likely to attract the attention of a middle-aged audience.

So if you can, consider using a celebrity in your ads.

Sure it can be expensive, but it’s an excellent way to stand out from other health insurance companies.

If you decide to move forward you can use a service like Contact Any Celebrity or visit a celebrity’s website and send a letter with a commercial offer to the celebrity or their agent.

Using better targeted ads and messaging that call out to a specific audience segment is good advice for any vertical or industry.  So if you’re not doing that, or not doing it well, I encourage you to start doing so.

Using a celebrity can be trickier if you don’t have the budget. But you may be able to find a celebrity of smaller stature like a local celebrity or a recognizable person that’s specific to your audience and get them to participate for a lot less than you think.

Do you have any other ideas for how advertisers from the health insurance industry can improve their banners? What are the principles for creating banners in your company? What advice would you give other advertisers?