Charlo Barbosa is the Founder, President & COO of Native Ads. 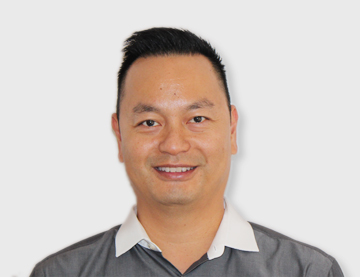 Barbosa has been doing business online since 1997. He’s founded a few different startups and was the CEO of AdManage, a PPC XML search platform.

In 2014, Charlo founded Native Ads, a Native ad network and suite of tools for advertisers and publishers.

Charlo graciously agreed to share some insider insights on what content and ad creatives are currently working on Native. Anyone looking to improve their Native campaigns (or get started off on the right foot) should pay attention to what Charlo has to say.

Anyone looking to improve their Native campaigns (or get started off on the right foot) should pay attention to what Charlo has to say.

(Disclosure: Charlo is an Adbeat subscriber)

Brad Nickel: Let’s talk about what content works on Native. Are there any specific themes that advertisers should test?

Charlo Barbosa: You’ll notice that ESPN is one of the largest publishers on Outbrain. This isn’t a coincidence. Sports articles work very well on Native. But you need to promote the right sports article. For example, we’ve noticed that NFL articles do about 50% better than basketball or baseball articles. This makes sense because the NFL is the most popular sport in the United States.

BN: Okay, so sports content does well. What about ads? Do you have any specific copywriting tips?
CB: The best ads for sports articles usually contain pictures and copy related to the most popular athletes of the moment. For example, Steph Curry is very popular right now, so ads related to Steph Curry do very well.

BN: Are there any specific content themes or ad creative styles that do not work?
CB: Racy content and creatives are becoming less common. This isn’t because racy content doesn’t work. It works extremely well. However, networks like Outbrain are starting to clean-up. They are becoming stricter with the type of content and ad creatives they will allow advertisers to run. You might be able to get away with sexually suggestive stuff on other networks, but most networks are moving away from racy ads for a variety of reasons.

BN: What sort of offers work on Native?
CB: It depends on the network. Diet and skin care offers do well on Revcontent. Outbrain tends to frown on those offers. We’re also seeing a lot of auto insurance stuff on Revcontent. You’ve probably seen the ads with the girl in handcuffs. 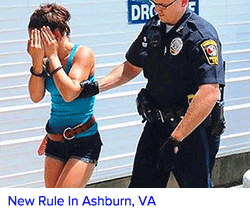 These ads are run by advertisers doing lead generation for auto insurance companies.

We’re also seeing a lot of advertorials for CPA offers for credit repair, credit cards, and mortgage refinancing. The performance of those offers is also network dependent. For example, an advertiser like LendingTree might have a credit card offer that works well on Revcontent. However,  their mortgage refinancing offer might work better on Outbrain. It all depends on what publishers a network has. 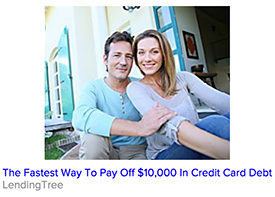 BN: What about viral sites? Are they still as popular as they once were?
CB: Viral sites are still very popular. However, it’s a very competitive space. You’ve got thousands of viral sites competing for ads in such a tiny space on the page. It’s essential to promote an article that’s fresh and compelling, or else your CTR will plummet. Running a profitable viral site isn’t as easy as people think.

BN: Any tips on creating viral content that gets a high CTR?
CB: Many viral guys get ideas from Reddit, YouTube, and Imgur. Those are all good places to look for ideas. Like I said before, different ads work better on different networks. You’ll need to test a bunch of different ideas on various networks to see what sticks.

BN: Let’s bring out the crystal ball. What do you see in the future as far as Native Advertising goes?
CB: Well, most of the top ad arbitrage guys monetize their sites with Google AdSense. However, I predict that Google is eventually going to put the hammer down and will not want to work with viral sites anymore. This means that viral site owners that rely heavily on Google AdSense will have a tough time surviving.

In fact, there are already many large sites that have had their AdSense accounts banned. These sites had to redo their entire strategy to try to regain access to AdSense and the DoubleClick AdExchange.

Another thing is something that I mentioned before: sexually suggestive ads. Many publishers bring in a lot of ad revenue from racy ads because they tend to have high CTRs. However, DoubleClick AdExchange has told us that Google counts ads on a publisher’s page as content. Therefore, Google considers racy ads to be adult content. Google doesn’t care if it’s your ad or if it’s someone else’s ads. They are starting to ban AdSense accounts of publishers who monetize their sites (either knowingly or unknowingly) with racy ads.

In addition, Google started removing the “Nessie” arrows (the blue arrows next to ads) from ads if the creative isn’t a specific distance away from the “next” button on those slideshow articles. Why? Because advertisers were complaining that people couldn’t tell the difference between the arrow in the ad and the “next” button. Removing the arrow caused CTRs to drop, and publishers took a massive hit.

Another issue is the FTC (Federal Trade Commission). The FTC will likely make some of these viral sites their guinea pigs. The FTC now requires that advertorials have links, footnotes, studies, etc. in the footer.

The FTC also continues to get even stricter.

Here’s a great example: The FTC is now saying that advertisers can’t put the “Advertorial” label in the top-right corner of the page.

Because people read from left to right. Someone might not notice the “Advertorial” text and won’t realize they are reading an advertisement.

BN:Tell us a bit more about your company Native Ads. What does Native Ads offer that is different from everyone else?
CB: Originally, what we wanted to do was create a system that allows publishers of all sizes to quickly add widgets and immediately start monetizing their content.

However, this was more difficult than we thought.

People loved the system, but no one would keep the widgets up for more than a couple of days. This was because we didn’t have as many advertisers as Outbrain or Taboola, and they wanted to keep all of their advertisers to themselves.

Things have changed and we now have a very large base of advertisers and publishers.

But we initially changed our focus and partnered with Outbrain and Revcontent. We did that by building a platform that sits on top of their platform.

This platform enhances their offering by giving advertisers and publishers a few unique tools:

BN: Tell Adbeat readers where they can find out more about Native Ads.

CB: Stop by www.NativeAds.com. If you want to get a taste of our traffic, we only require a $100 initial deposit, which is lower than what most Native networks require.